on January 03, 2020
We are living in interesting times. On one hand, countries across the world are embracing globalization and are becoming inter-dependent socially, culturally and economically and on the other side, there is a sudden rise in regionalism, sectarianism, and nationalism. India is no different. The current debate on CAA-NPR-NRC is just a small part of a larger nationalism versus globalization tussle. And in one or another way, India has lost its opportunity to claim its stake in world politics again. But before dwelling onto the main topic, we first need to understand CAA-NPR-NRC and why India is protesting against it.

CAA (Citizenship Amendment Act) 2019 is an amendment to the Citizenship Act of 1955 which provides a pathway to Indian citizenship for members of minority section (Hindus, Sikhs, Buddhists, Jains, Parsis, and Christians) of Pakistan, Bangladesh, and Afghanistan who have fled religious persecution from their respective countries before December 2014. CAA also expedites the process of naturalization for members of the aforementioned communities by reducing the aggregate period of eleven years to a mere five years of residence or service in India.[1]

However, CAA is not the cause of concern, it is NRC (National Register of Citizens) in combination with CAA raising the concern. NRC is a register of all Indian citizens whose creation is mandated by the Citizenship Act of 1955 (as amended in 2003). As of now, it has been implemented only in the state of Assam and the current Government of India (GOI) led by Bhartiya Janta Party (BJP) is planning to implement NRC on the nation-wide scale.  The final updated NRC for Assam, published on 31 August 2019, contained 3.1 crore names out of 3.3 crores registered population, leaving out 19 lakh residents in danger of losing citizenship.[2]

Finally, NPR (National Population Register) is the latest dimension added by GOI in the ongoing CAA-NRC debate by reassessing the current public feedback. It is claimed to be a simple register of all usual residents (both citizens and non-citizens) by the GOI. However, many critics allege and as of press release (dated: 26 November 2014) by GOI claim, it is nothing but a preparatory step toward the creation of NRC.[3]

Why India is Protesting?

1. Protests in Assam and Northeast
Assam along with its seven sisters was first to raise voice against the CAA as they claimed to be the largest party affected by this act as they are the ones who bore the burden of migration from 1951 to 1971. They are not just protesting against the inclusion of Hindu migrants, but also tribal migrants such as Chakma and Hajong. They are angry because the amended act will allow thousands of migrants from Bangladesh to become citizens of India. Thus, changing the social, cultural and political equations of the region.

2. Protests by Muslim Community
The second wave of protest comes from the Muslim community. When we look at CAA from the lens of NRC, the matter looks worrisome.  The matter is exacerbated by the protest handling mechanism and unclear top-down communication of GOI regarding NRC and its implementation.

The above step is also billed and politicized as one of several anti-Muslim steps (Triple Talaq Ban, Babri Masjid-Ram Mandir Case and Kashmir) adopted by GOI toward Muslims by some radical Muslim leaders. This is made worse by hate speeches by pro-Hindu leaders.

3. Protests by Pro-Constitution Indians
There is a third kind of protest happening against CAA-NPR-NRC by the Pro-Constitution and Pro-democracy believers. This group actually made up of several sub-groups.

There is one sub-group who believes that CAA-NPR-NRC is against the ethos of the Indian Constitution. They argue that India is built on the foundation of secularism and CAA-NPR-NRC will weaken this foundation. It is for the first time, religion has become the basis for any constitutional amendment.

There is a subgroup protesting against non-inclusion of the persecuted minority from Non-Muslim countries such as Rohingyas from Myanmar, Tamil Hindus of Sri Lanka, and Buddhists of Tibet, China.

Lastly, there is another sub-group that has labeled CAA-NRC as an anti-poor citing the examples of NRC of Assam and eviction of Tribals in Madhya Pradesh from forest areas following SC order.[4] Some of them also claim that GOI has knowingly ignited CAA-NPR-NRC debate to divert public attention from India's dwindling economy and joblessness.

Like every State and its Government has the right to form policy regarding any issue, whether it is about citizenship or anything else, India and its elected government also has the right to do so. But these decisions should be taken by considering the cultural and social ethos of the nation, not a particular community. Moreover, these steps should be taken considering our position in world politics. Even when steps are associated with positive or negative connotations. And this is where GOI has failed to understand and lost a golden opportunity.

The simple inclusion of Ahmadiya and Shia Muslims from Pakistan, Buddhists and Uyghur from China, Tamils from Sri Lanka and Rohingyas from Myanmar would not only fetch praise from the international community, but also never attracted any kind of protest (with assurance to Assam, Northeast and other scheduled areas listed in Article 371).

Secondly, it would reinforce India's position as the geo-political power in South Asia and the Indian Ocean by putting pressure on self-proclaimed Muslim world leader Pakistan and so-called people-rights defender China.

The step would allowed India to negotiate with United States on issues like Iran, Energy, Trade sanctions and Permanent Seat in UN Council; with OIC (Organisation of Islamic Cooperation) on issues like Kashmir, Pakistan, Terrorism, Energy and Trade and with other South Asian countries on different issues who are trapped in Chinese Debt due to its renewed stake in the geo-politics.

The present scenario for India does not seem great. The problem is accentuated by current US-Iran stand-off and international community criticism over GOI's appear to be anti-Muslim stand. From here, there are only two options left for India. Either they withdraw the exercise of NPR-NRC or they amend the CAA to admit other religiously persecuted minorities from Non-Muslim states. Though both these steps will not gain any traction at this point in time, but it will surely lead to the withdrawal of the protest. 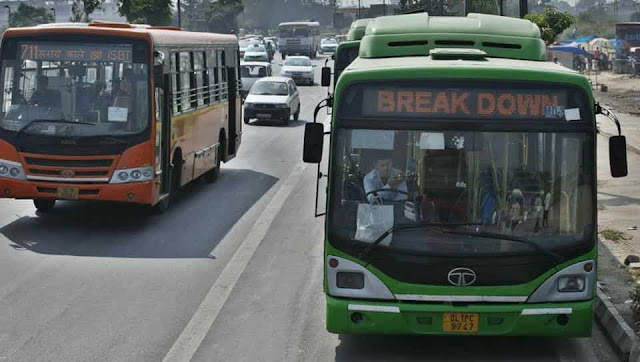